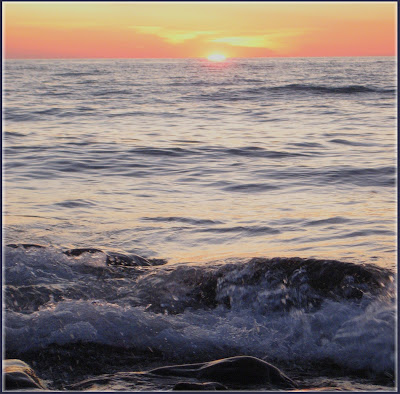 You are more at ease on any boat
than in anybody’s living room, including your own.
But especially on your boat
where talk is laminate sails and Harken tackle.
Easy conversation.

On your boat it is easy conversation: courses and tactics.
Sometimes a small hint of pride trickles into the quiet of your voice,
lights the flecks of color in your eyes,
deepens the creases of their corners
when you speak of some specific ,
never naming how you placed,
remembering being enough.

Out of the harbor you move with a swiftness that belies
your 6’4” frame, confident in the weight of the 1 ton keel,
in the God of sea and sky,
a God known by you in sinew and muscle,
in the wisdom of thousands of miles of rising and falling.
Today you have offered to teach me more
of knots, wind, tackle and timing,
more technical nuance.
I in my life jacket, only remember the bowline,
need help with the trim.
Complicated stuff.
But not nearly so complicated as when
your large hands move
to frame my face.

~ first published in Verse
Posted by Ralph Murre at 10:54 AM 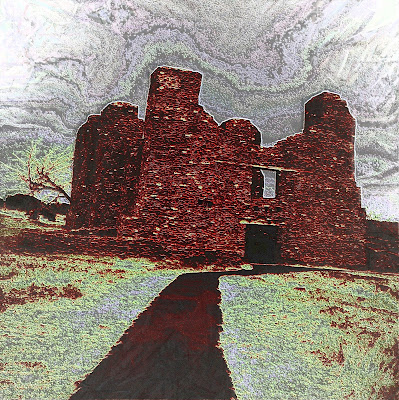 What you remember
Is less than

What was.  What was
Is less than

What could have been.
What you imagine

Is all there is. 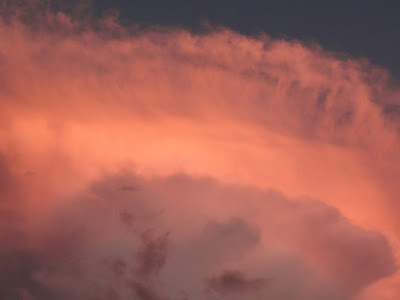 In August
by Marilyn Zelke-Windau

Banshees don’t rise to the moon
on hot nights. Only weary women wait up,
wailing the heat.
Sweating out salt and ale-syrup
from pores relaxed,
men wander through watery dreams
open mouthed, wanting fruit.
Dogs, on swollen, gravel-grey pads,
circle, stirring the dust, and flop—
belly, chin, ear—
to sleep.
Foggy threads of spirit weft the air
with ripening scents.
Even the dying and dead
are not cold in August.
That month is a time of low pressed affronts,
when rain is no relief, and thunder
lightnings us into wakefulness.

~ previously published in Seems
Posted by Ralph Murre at 12:00 PM

The Day After I Die 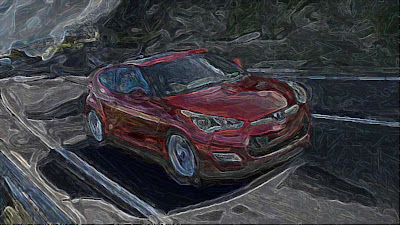 The Day After I Die
by Marilyn L. Taylor

they will find the cure
for whatever got me,
and a unified theory
of physics will be announced
by a consortium
from M.I.T.

Following the funeral,
Earth will be contacted by
intelligent beings from
the Farquhar galaxy--
immediately after which
Hyundai will announce a car
that can run forever
on table scraps.

Within the week,
Abbott Labs will introduce
an age-reversing cream
on the very heels of
a morning-after diet pill
that tastes exactly
like a Cadbury’s Easter Egg.

Finally,
the woman they hire to clean
and fumigate my house
will come across a sheaf
of my old poems (tucked
optimistically inside a catalogue
from The Gap)
and turn them over to
her Thursday client, Billy Collins,
who (ignoring an infinitesimal twinge
of envy) will gallantly take charge
and see to everything--
including, of course,
any immortality. 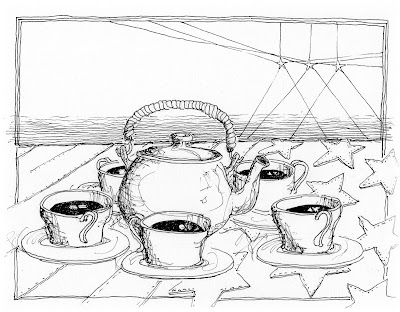 Everyone is suddenly angry.
Angry in concert.
They’ve identified the bad guys —
the corporations, the insurance companies and banks,
the venal
superrich, their vain wives and over-indulged children,
those  errant
gas-guzzling
husbands   who’d been cheating all along.
They all say they didn’t know.

They say they were
innocent,   victims
of slick hotshots, those
self-absorbed moneymaking high fliers.
They,
they’re  just the poor populace, the taxpayers, the American people,
innocent.

They don’t say,
how years ago they voted;  how they cheered
the stunned deer president they let
be swept right up into a lie of office,
they don’t say how they jeered
the claims
of torture, the doubts of any questioners, the opposition
caged,
far from self-congratulatory conventions.

They don’t say,
how they
chose
not to see
the flimflam sleight
of hand,
the sneer of cunning.

My Life and I 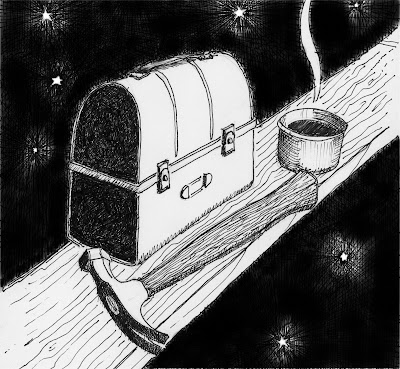 My Life and I
by Thomas R. Smith

We are generous with each other,
though it’s evident anything
I love instantly becomes his.
I never tire of his stories, which
I know for a fact are all true.
For his part, he listens
without ridiculing my hopes.
Where we meet is the moving balance-
line between memories and plans.
We make a complete circle, his
looping behind, my sweeping ahead.
How could I ever feel poor,
knowing the note of each moment
is backed by the gold
ingots of those decades
he is carrying for me safely
in a satchel under his heart?

~ first published in The Foot of the Rainbow
(Red Dragonfly Press)
Posted by Ralph Murre at 1:13 PM 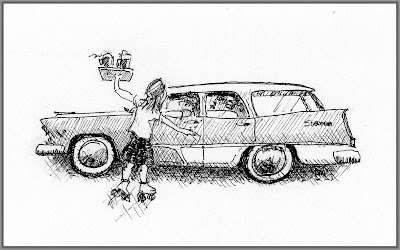 After supper in hot August, and before
the mosquitoes began their feasting,
my father took us to .
We spread towels on the sand
and placed our shoes at the corners.

My brother and I stepped carefully into the water,
staying close to shore, while my mother
tucked pin curls into her tight bathing cap.
My dad would barrel-ass down the bank,
slice the water, show up on the other side

of the safety ropes, grinning.
Exactly three crawl strokes later,
he’d hoist himself onto the diving raft, shake
water from his blond hair and dive in again,
bringing up handfuls of mucky lake bottom,

laughing as worms of mud crawled down his arms.
On the way home, if we were lucky, he’d stop
for rootbeers or curly topped cones.
We’d sit on towels in his ‘57 wagon,
and while my brother socked my arm,

my parents shared a smile that meant
more sweetness.  Falling asleep later,
the lake came back, the scent of muddy water
hugging my skin, my father’s face grinning
mischief, those waves rocking me to sleep.

~ previously published in Catch and Release
( Editions)
Posted by Ralph Murre at 2:26 PM 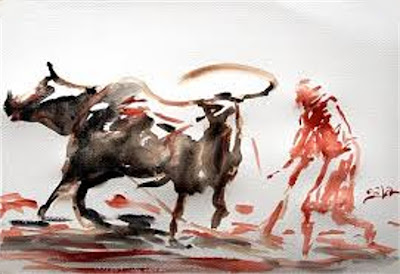 Mine Field
by Edward John DiMaio

I am darkness waiting in soil, crazed by
time and things too small to matter.

A plan, strategy, or lie set me in this
fertile field.  Those reasons shifted to other
lands.  Scared, crazed boys I laid for are
gone, old men with stories to tell.  Our
paths did not cross.

Shells of war no longer vibrate my
tenuous form.  Other kinds of vibrations
come to me now.  Some flow from hooves
of oxen pulling shiny plow blades
through fertile fields.  Your eyes
may catch a flash of sunlight off the
mirrored blades.

A flash waits within my rusty soul.

Near where I lay children play.  I feel
the light vibration of their toughened feet
running freely in the light of day.
Watching their exuberance you may see
sunlight flash bright in their eyes.

A flash waits within me.

When I flash, tension returns, war rages
once again.

Until that time I will wait here
among soft treading creatures of this
fertile field.

~ previously published in Sound, Scent & Light
(The Face of May)
Posted by Ralph Murre at 1:28 PM

How to Make Blueberry Pie 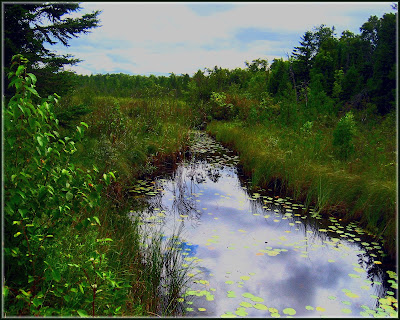 How to Make Blueberry Pie
by Peggy Trojan

Enter Quinton swamp at last year’s faded marker.
Keep up with Pa, in his eighties and leading.
Deep in woods, where berries hang like grapes,
powdery blue, warm, kneel.

Listen. “When I was six we took the horses….
water got warm and butter melted on the bread….”
Pretend you never heard of the 1918 fire.
“Dad put us eight kids in a circle in the field ….
My pet ram was killed because he was burned black…”

When your pail is full, blindly follow Pa
through brush slapping your face.  Have faith.
You come out right in front of the truck.
Admire the pickings. “By God, we did pretty good.”

Clean berries at picnic table under the pines.
Make crust while Pa makes filling.
Talk about how great berries were last year,
or was it the year before? “Man, it was just blue…..”

Let Pa slice it. “Gramma Uitto cut hers in four…..”
Put ice cream on your piece to cool it,
use a spoon for juice.  Smack your lips and laugh
when Pa scrapes his plate, says again,  “That’ll sell!”

~ first published in Wilda Morris Poetry Challenge
Posted by Ralph Murre at 10:38 AM 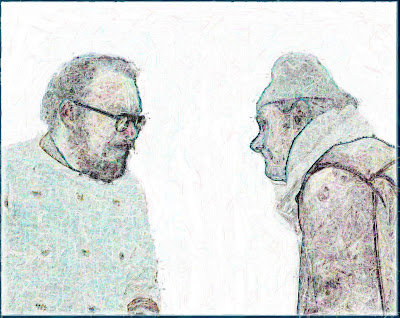 derived from a photo by ann engelman

They lost me in complexity.
The tribal leaders of poesy read on:

The obsidian blade cuts ragged edges
along riverbanks, in the outline
of drifting cotton thoughts.

Too many edges for me. Poets lost in
technique become dull butter knives.
Their spontaneity has turned into yawning
formations.

I close my eyes. I follow them closely.
I open my eyes. I give them my all.
I fall asleep. I dream and see their words
wearing lead wings. Bad shoes to dance in.

I wonder, where’s their clown prince? The fool who
works at the car wash? The one who skipped his
PhD in literature and makes me feel lighter after I
bathe in his unwashed words. 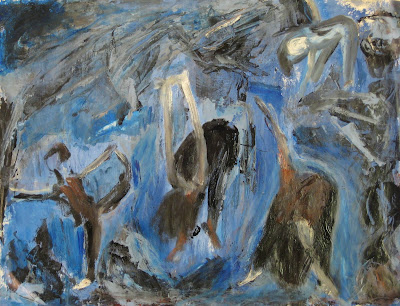 AT THE CLOCKSHOP
by William Marr 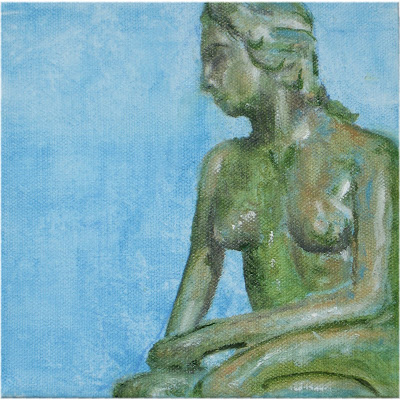 We are mineral matter
calcium and sodium
refined into metals
precious and base:
tin ears and lead feet,
hearts of gold and silver tongues.
An iron stomach and nerves of steel
add to our mettle, tempered
by liquid: sweat, blood, and bile.
Ice in veins and watery eyes.
This malleable essence reigns
over bronze-skinned vessels,
which tarnish or rust, alkali
and earth, returning to dust.

~ originally appeared in flashquake
Posted by Ralph Murre at 8:02 PM