At the Blood Bank

At the Blood Bank
by Pat Tompkins

Before I make a deposit,
the nurse checks pressure, heat, iron,
questions drugs, sex, travel.
How little a no or yes tells.

A plastic vein transfers saturated memory,
richer than my medical history:
remembrance of every song the Beatles sang
craving for ice cream and chocolate bittersweet
preference for Graham Greene and Edgar Allan Poe
delight in snapdragons and swimming
abhorrence of foie gras and caviar
fondness for spaniels and basset hounds
experience with winters and West Coast earthquakes

~ first published in flashquake
Posted by Ralph Murre at 7:00 PM 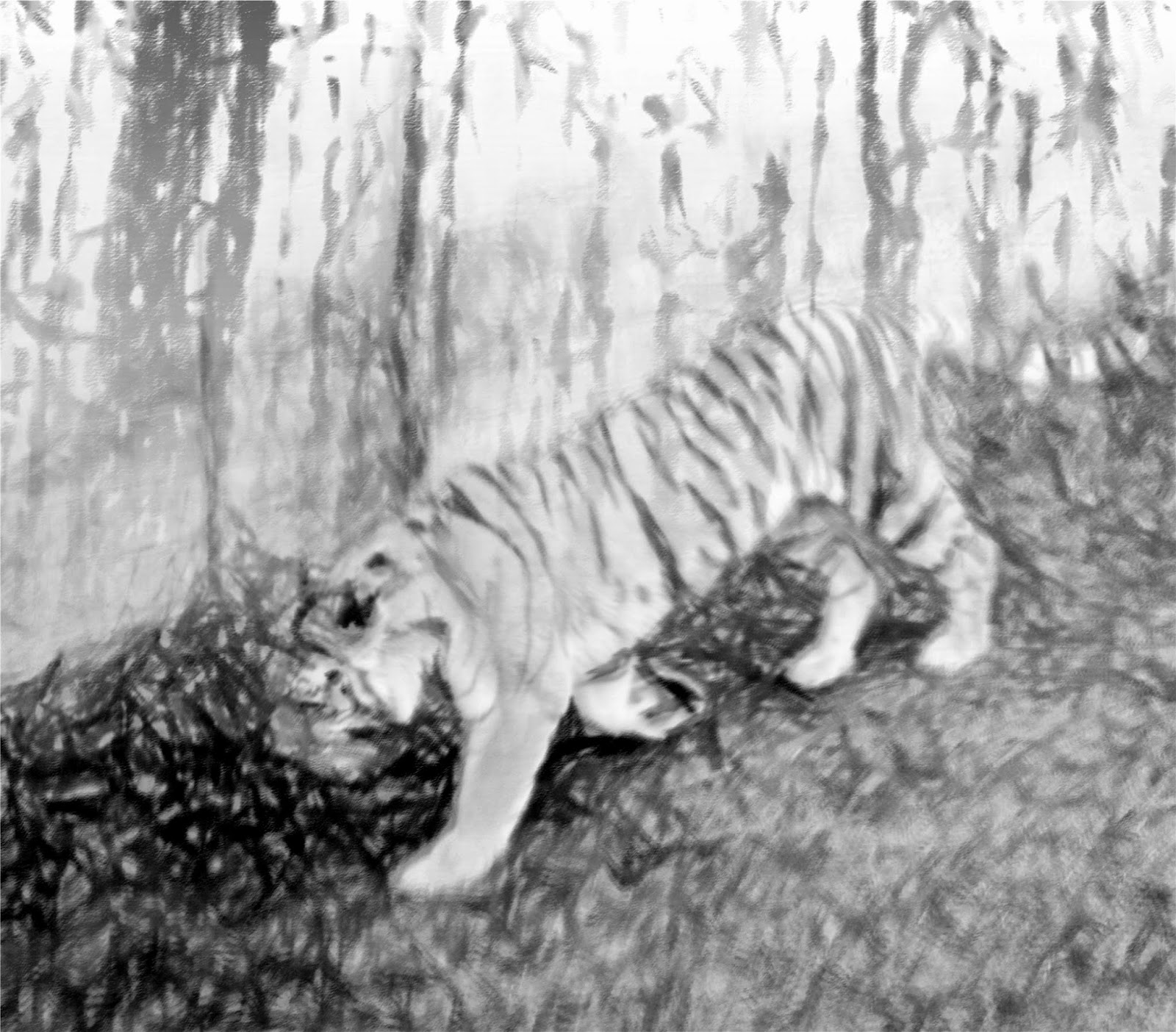 Sneaking Up On You Bastard Poem You
by James Botsford

~ previously published in Them Apples (Sandyhouse Press)
Posted by Ralph Murre at 3:38 PM 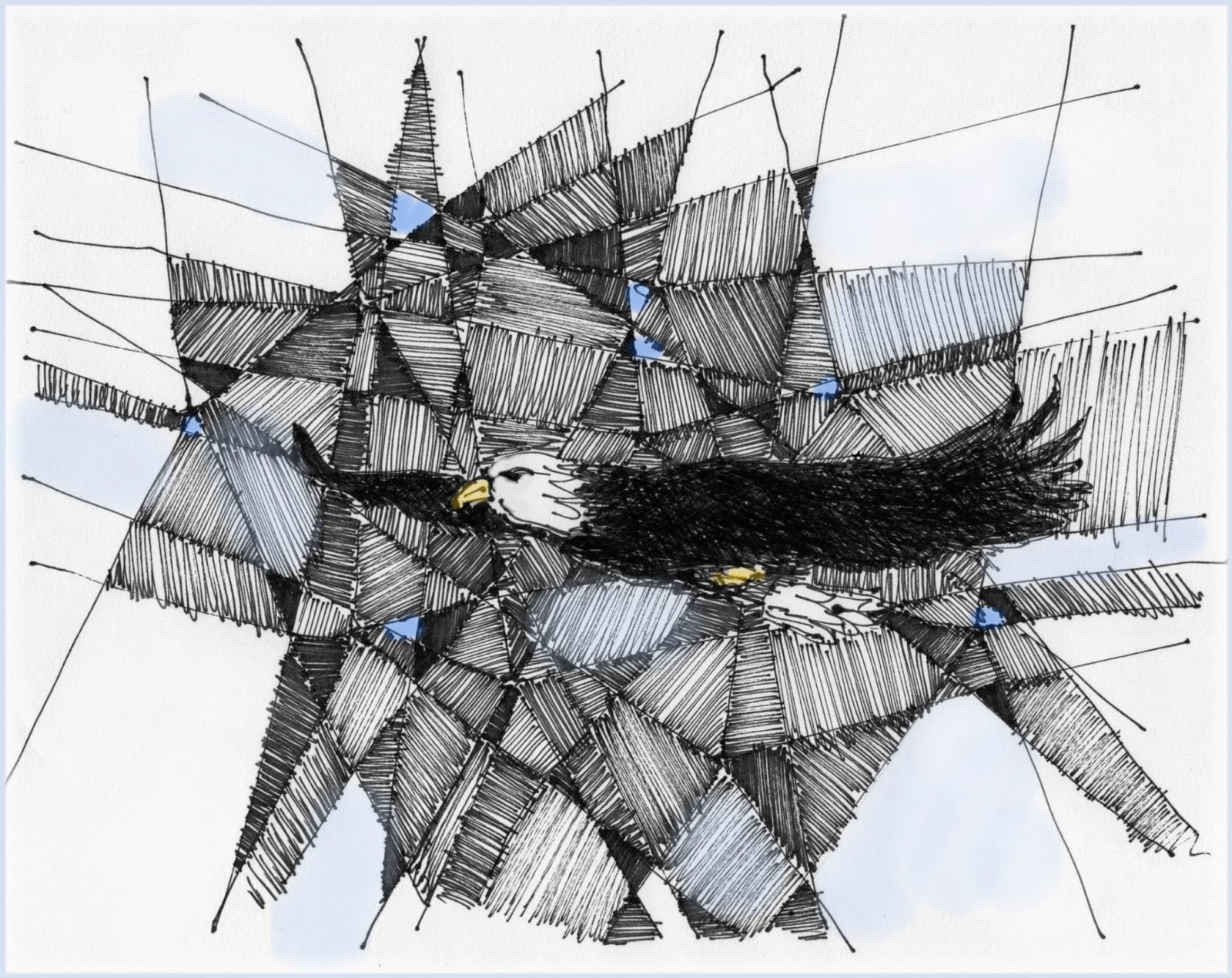 A man wets his forefinger with his tongue and holds
up a perfect water glass, empty and glistening.
He is sitting at a table in a large
hall with other men in identical blue

blazers with eagle medallions over their breast pockets.
Now the first man fingers the glass
rim, tentatively, as if it were jagged-edged.
And now he strokes it clockwise, slowly, stopping

to wet his finger again and again, like an old
man paging through a book—until the glass
comes to life with a thin, high whine like nothing
he has ever heard, and the others look up in amazement, catching

on, holding up their glasses, too, wetting and stroking
them clockwise like ice skaters in unison.
All the glasses are coming to life now; their throats are
slowly catching fire, glistening with a thinner,

higher whine than any bird. It is like a pitch
pipe with wings. It is something like the music each
man heard when he stepped outside at night
for the first time alone as a boy. Then

there was nothing in the sky but stars and music.
And the sky was like glass.

~ first published in The New Yorker
Posted by Ralph Murre at 5:29 PM 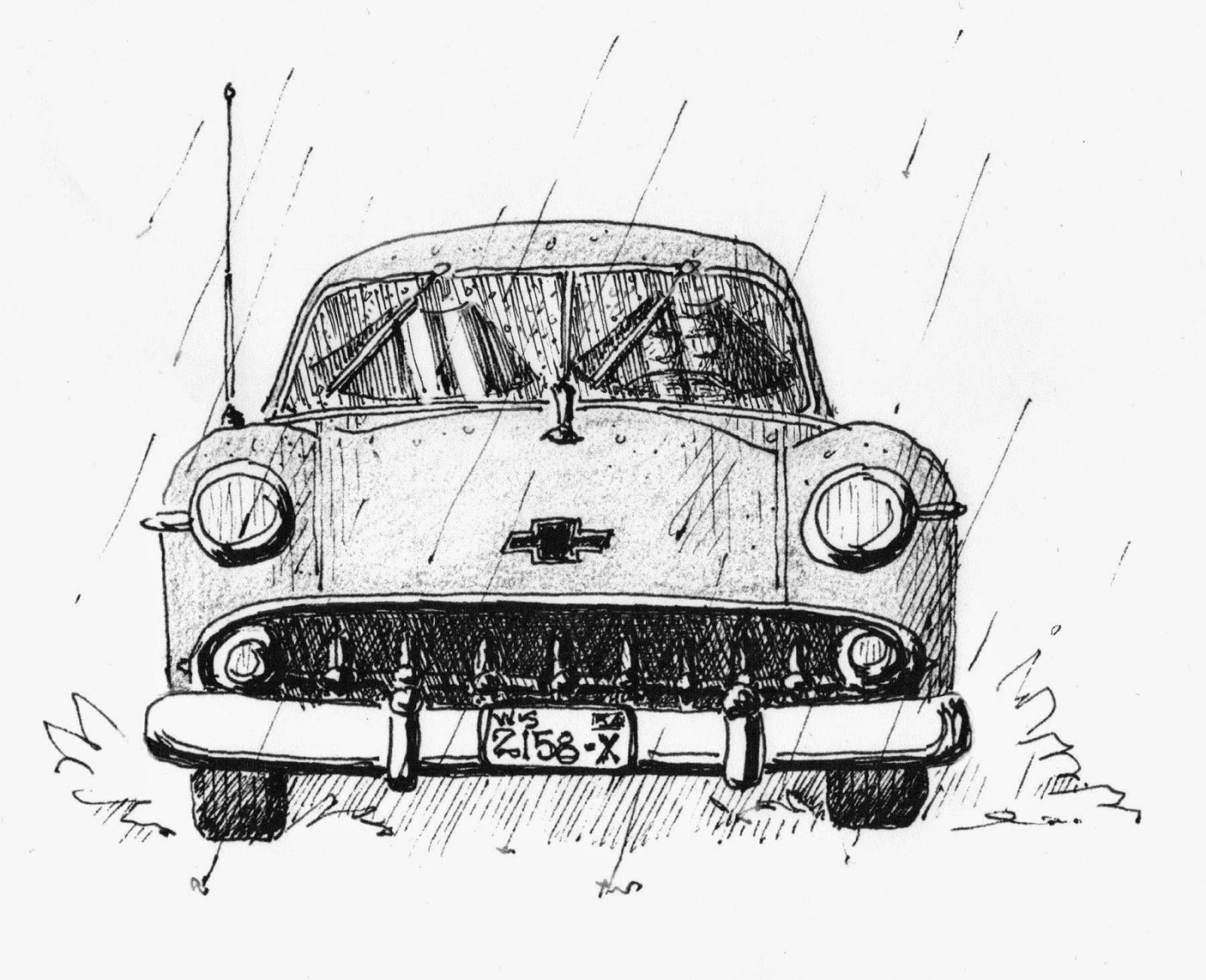 Will
by Bruce Dethlefsen

~ previously published ( this morning! )
in small talk (Little Eagle Press)
Posted by Ralph Murre at 8:38 AM 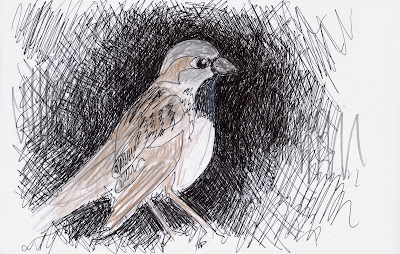 Snooping under ivy, curly
and thick, we disturb
a sparrow’s nest, no bigger
than a measuringcup
full of fidget.

Tiny gray heads tilt
upward with eyes shut
tight– tongues fluttering
like monks in ecstatic
prayer, offering their hearts
to this day that has begun
with us eavesdropping
on their cloistered life–
their sole contemplation.

~ first published in The Victorian Violet Press Journal
Posted by Ralph Murre at 6:57 AM 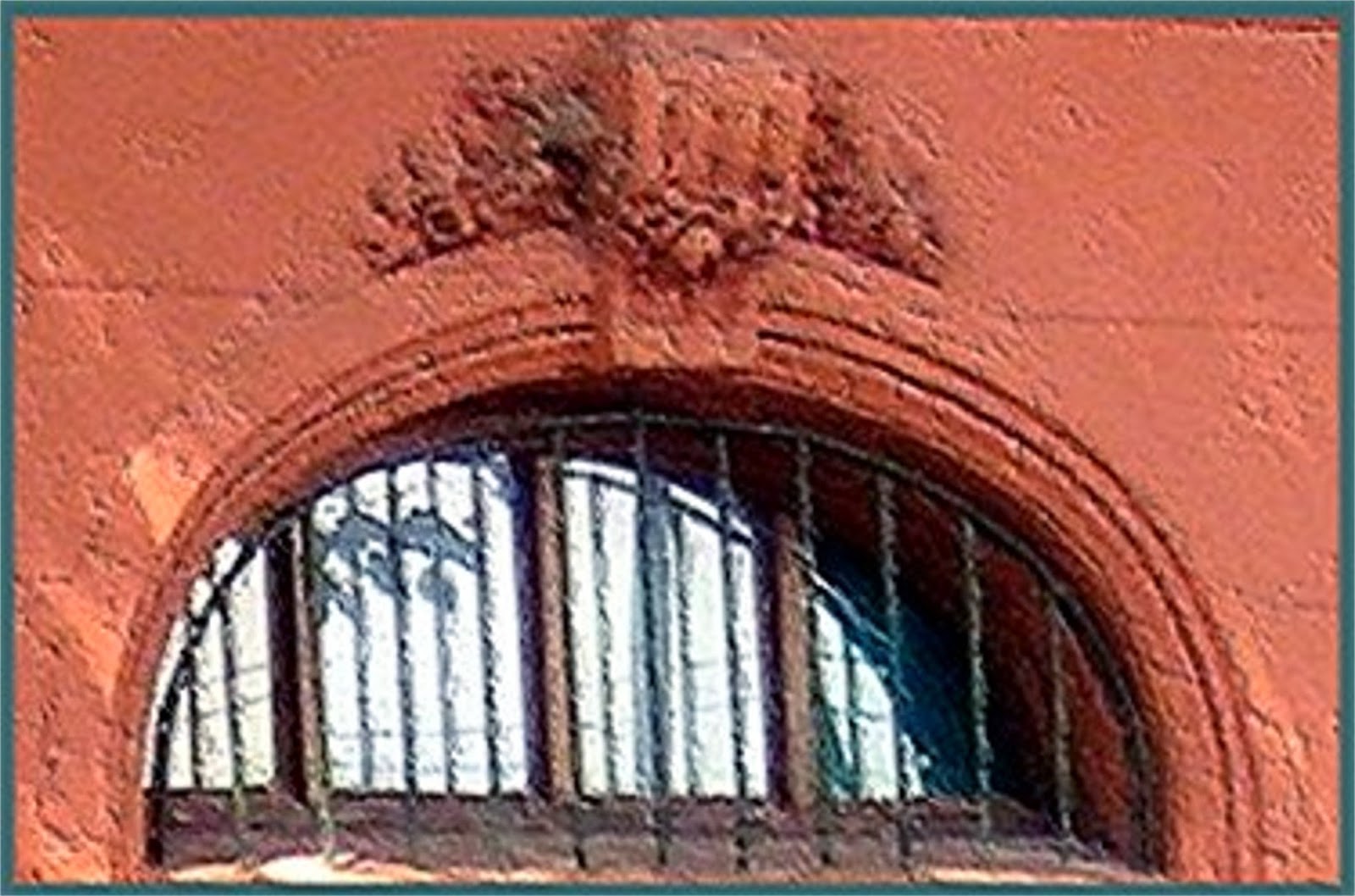 …for everything flowers from within, of self-blessing;
though sometimes it is necessary
to reteach a thing its loveliness…
— Kinnell

In the endless mall of Florida—a French patisserie run by French people.
Birds flit for crumbs.
Sherbet umbrellas beckon Town Cars of the aged to dock nearby.
Scents of hibiscus, sunset-hued blossoms of tropical vines blend with that of yeast, humid asphalt, and Estée Lauder.
There is no one left to love.
Sometimes the evidence is overwhelming.
Sometimes I wish a gull will miss landing on its piling.
The real truth is that nothing mitigates.
Lonely birds call through a pink dusk.
If I could name the flora and fauna, I could cope with uncertainty.
I could walk outside to a gator in the pool.
Surprising things happen.
A double murderer was just arrested in where he’d lived as a poet for twenty years.
I have to write so many words just to survive.
How many will it take to endure?  To be happy?
The many places I’ve been make me like every place less.
I love the romantic excess of Spanish explorers: cities of gold, fountain of youth.
Here the old grow younger or think they do.
Who am I to shadow conquerors?
Sometimes a clean, well-lighted place is fine.
Sometimes nothing is enough.
Always that restlessness in the stalls.
The need to be touched.
The need to be reminded of my loveliness.
As if I am one of the few who are chosen.
Carlos Fuentes described Frida Kahlo with her jangling jewelry and intensity as her own opera.
At times I am so tame I wonder if even the trained can prepare me for a return to the wild.
At times the Leo in me sees the world as collateral.
A woman in a poem hopes in the growth of two dozen seeds.
The man thinks she expects too much: “To grow her a whole new life.”
What can I expect here beside the ocean?
I do not ponder the damage done—a cul de sac of regret.
Loss.
Not everything happens for a reason.
I hear orchids grow in wet seclusion.
Stones are silent by choice.
Water builds only to lose itself.
Blue calms my tendency to wander, to see other sides.
Life, like anything, is a habit, can be found almost anywhere, can happen to anyone.

~ first published in Rhino
Posted by Ralph Murre at 1:45 PM 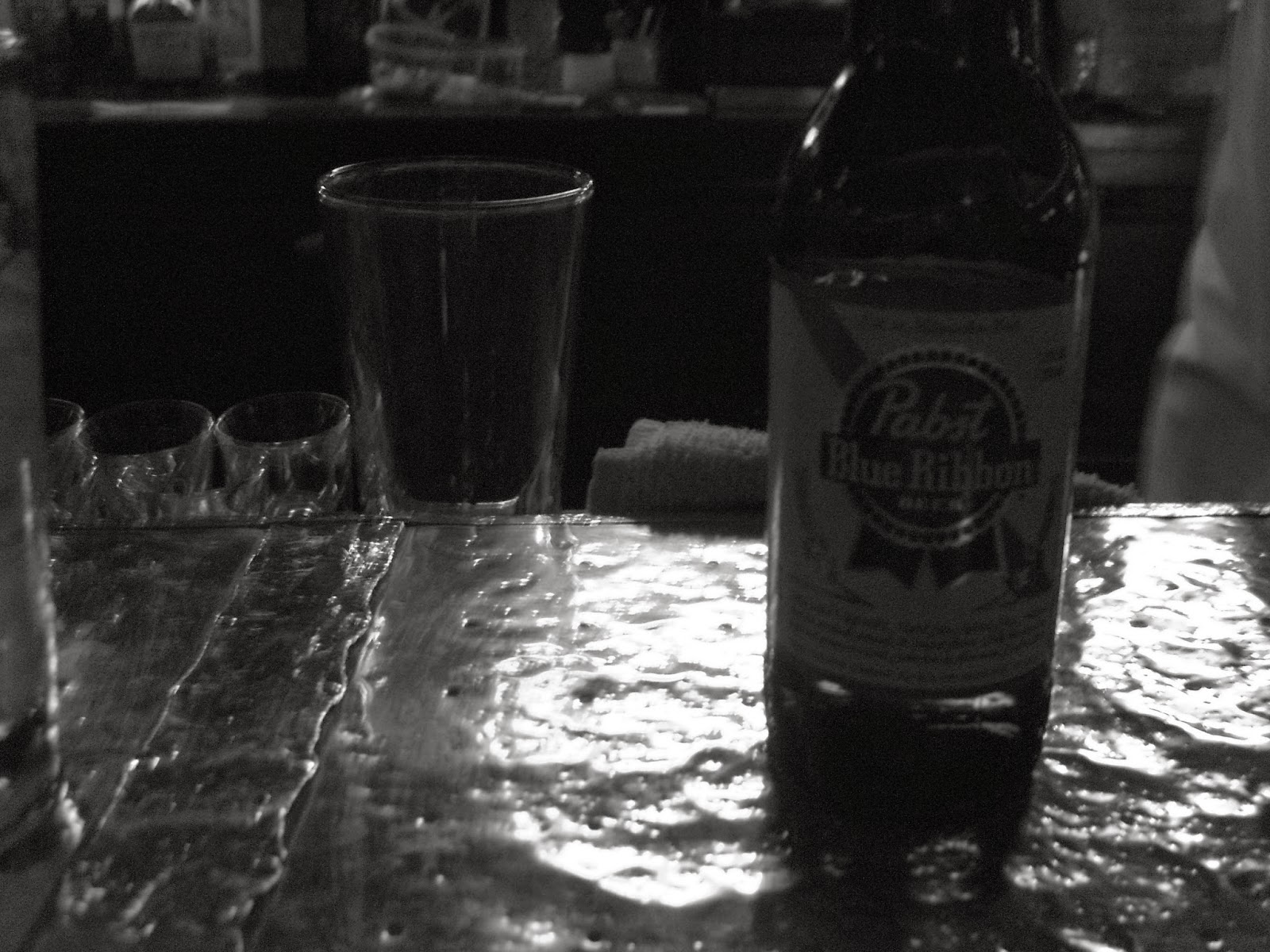 Only after telling her…

…in a hasty cell call that he’s at a bar called NEPO does he realize that he read the neon window sign backwards. 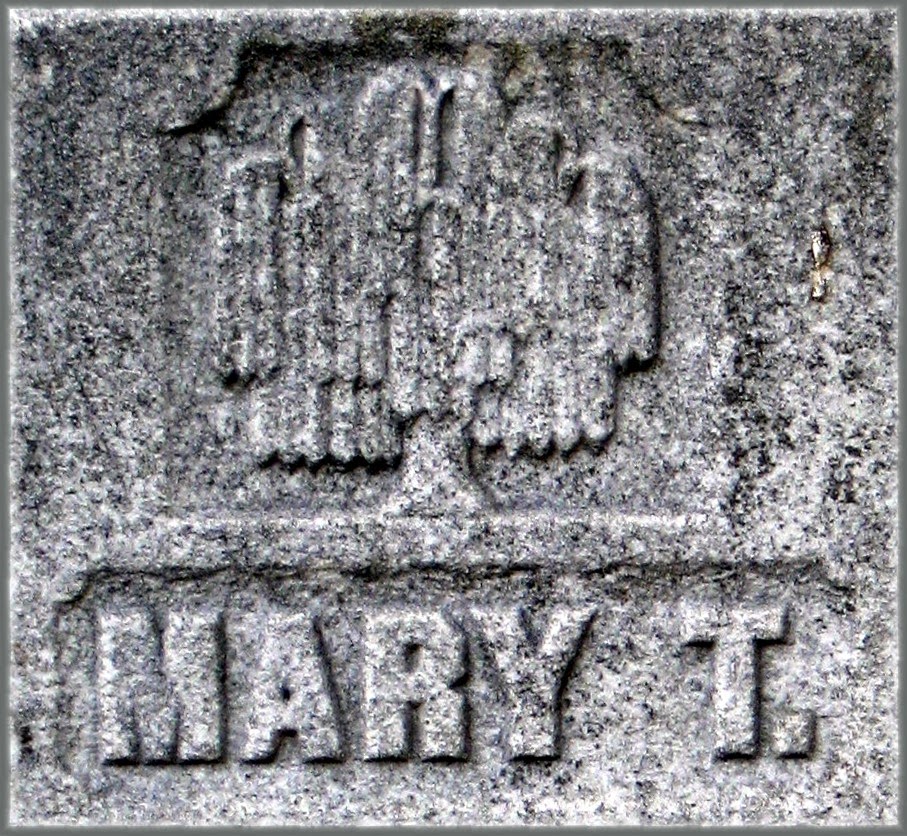 Come June, strange cars lined the drive
a great green steel bin appeared     quiet
people walked to it, discarding
broken bits of the past
tossing old chairs, spindly legs askew
sticking straight up (a signal for rescue?)
tables unworthy of saving, relics and
furniture no longer wanted
into the bin
while the house stayed dark.

Crackling with heat in the pre-summer sun
smoke plumed from a barrel as
people (her family?) relentlessly
fed the flames; fire devoured
the stuff of a quiet life

Your secrets are safe old woman
they have saved you
no one will ever know your life
Your honor              and theirs
protected.
And the house stays dark.

~ previously published in There Is More Than One Door
(The Looner Press)
Posted by Ralph Murre at 3:44 PM 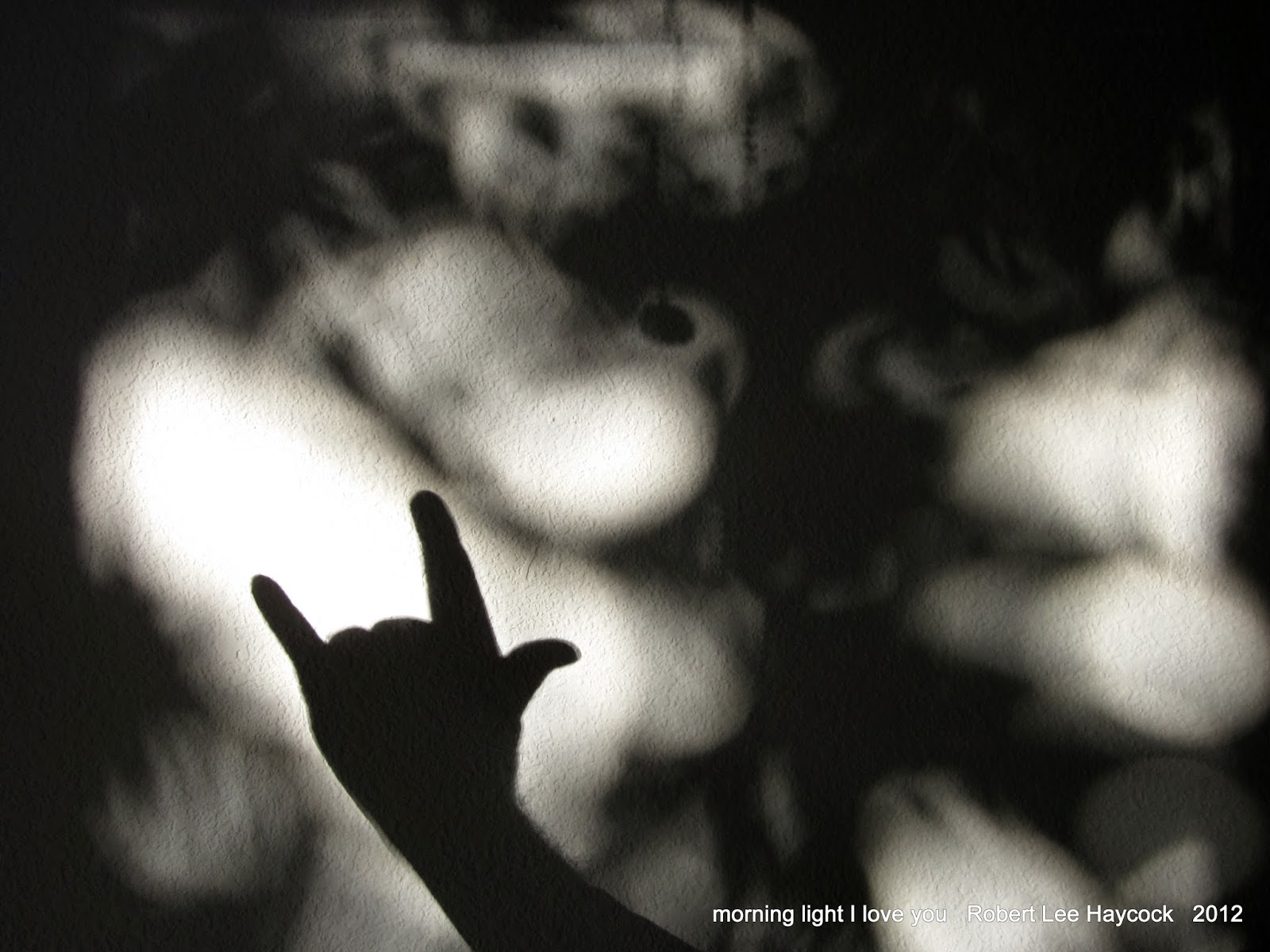 Goddess danced
Her everlasting dance
Bangles, beads
Went spinning from her skirts
Off they flew
Into the fecund dark
Growing there
Planted in fields of night
Stars, planets
And you, my Love, and me

~ first published in Medusa’s Kitchen
Posted by Ralph Murre at 7:21 AM 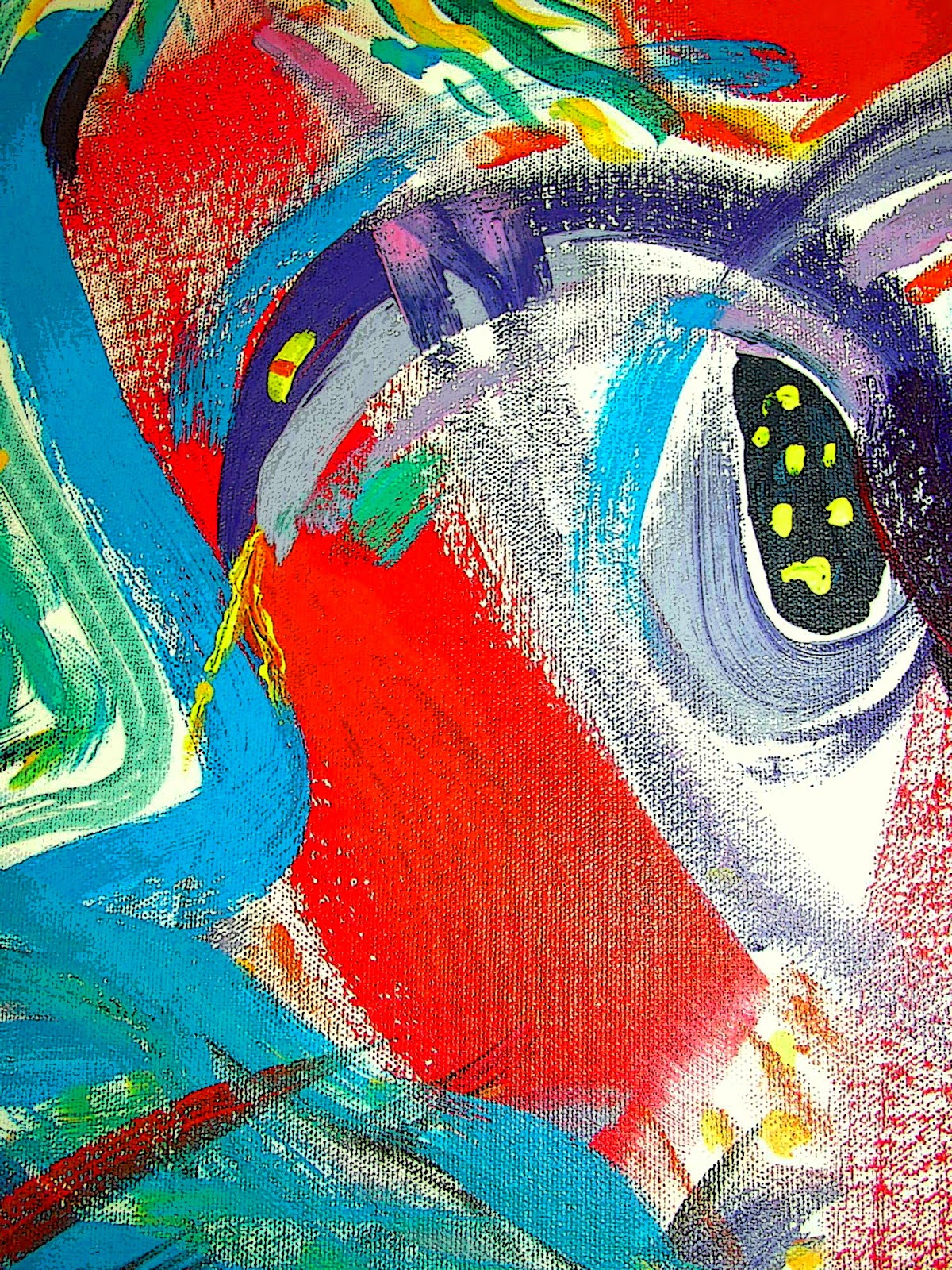 detail: collaborative artwork by At the Well members

Aged as she is,
even now Eve
sees no reason
to stop
dancing.

Her favorite spot
is under the apple tree,
where the old snake
has been watching
her for years,

shedding one skin
after another,
his eyes
like diamonds
glittering
in the grass.

~ previously published in EVErywoman
(Seven Press)
Posted by Ralph Murre at 7:00 AM

A Pair of Shoes 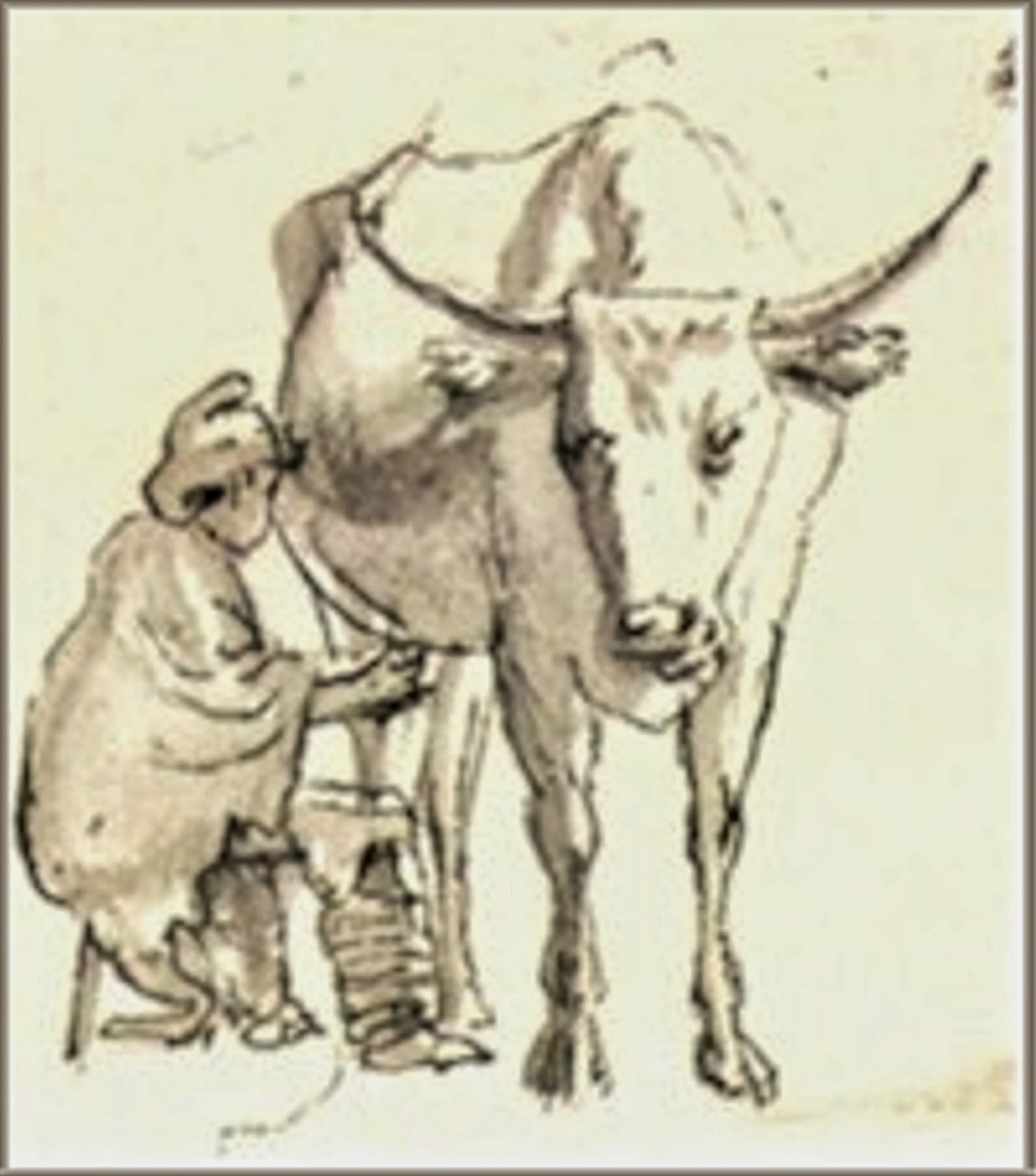 A Pair of Shoes
by Jan Oskar Hansen

She was nine years old wore a cotton dress, barefoot and had her
picture taken. Her mother had bought her a pair of new shoes,
and the shoes were so lovely she didn´t want to put them on yet.
Her mother relented the photograph was taken the girl holding
the shoes firmly in her little hands.

She looked into the camera with intense seriousness seeing into
a future she was not yet aware of, perhaps she was but couldn´t
articulate it, hence holding on to her shoes a symbol of the losses
she would suffer.

She married a farmer in they had cattle and coconut trees.
Then came the revolution and since they had the wrong colour, not
black not white had to flee when crazed soldiers came, freedom
was for the masses, who took over the farm ate the milking cows, but
neglected to till the land. She ended up in a foreign land, but she
didn´t mind that so much her children had prospered and survived,
but she was always thrifty never threw away a thing.

~ Previously published in A Poet’s Almanac (cyberwit)
Posted by Ralph Murre at 10:00 PM 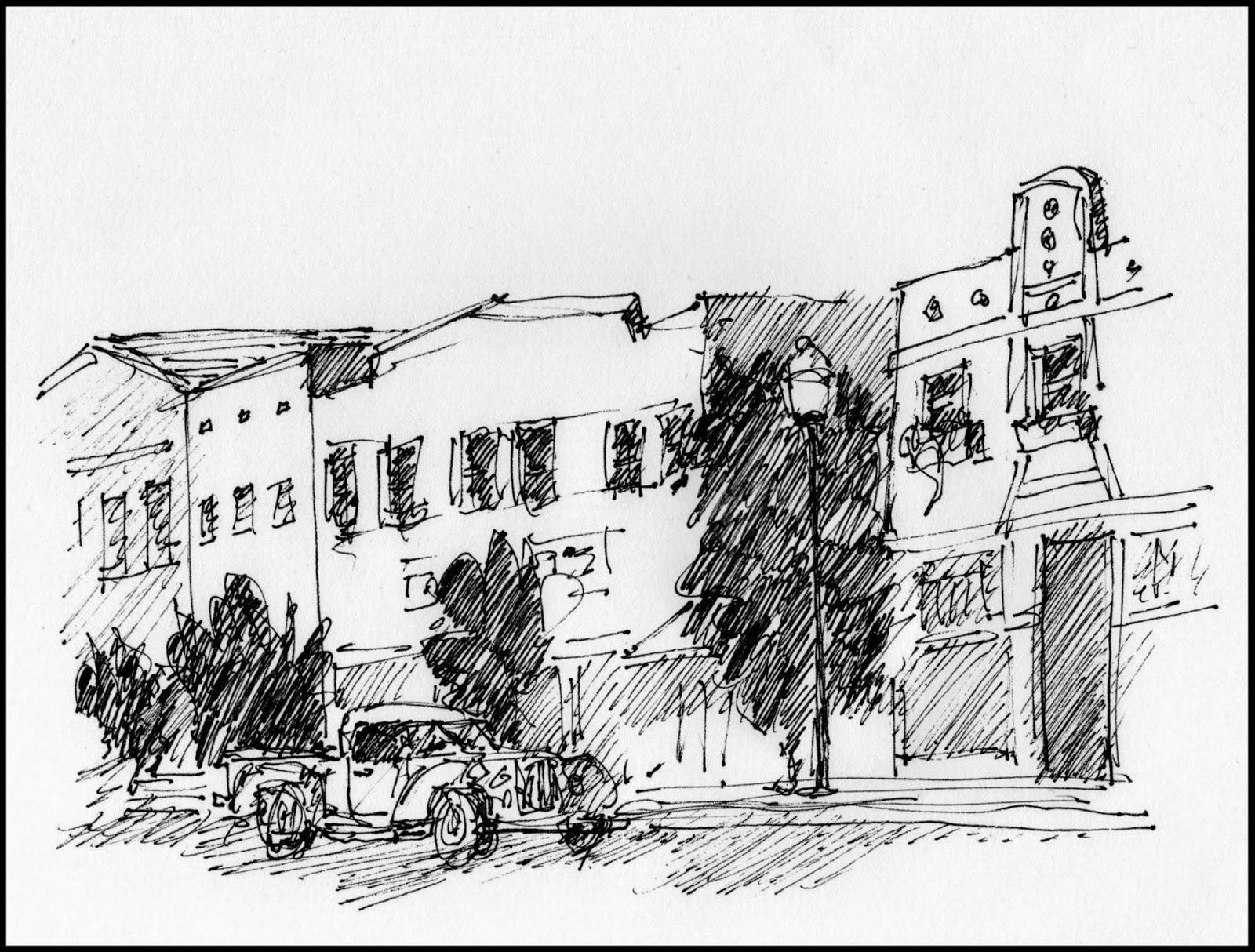 The kind of town we stopped
for gas and asked directions
to that hillside inn ten years ago
When it rained and rained
and we stayed in bed, lost count
of the times we came and came

Kind of town you now live in
with your second husband, split
level home, road side mail box

Town you called from late last night
to tell me about the sharp pains
the red shredded things
that dropped into the water
as you sat on the toilet stool
forty years old, wanting your first child

~ first published in Mudfish
Posted by Ralph Murre at 3:04 PM 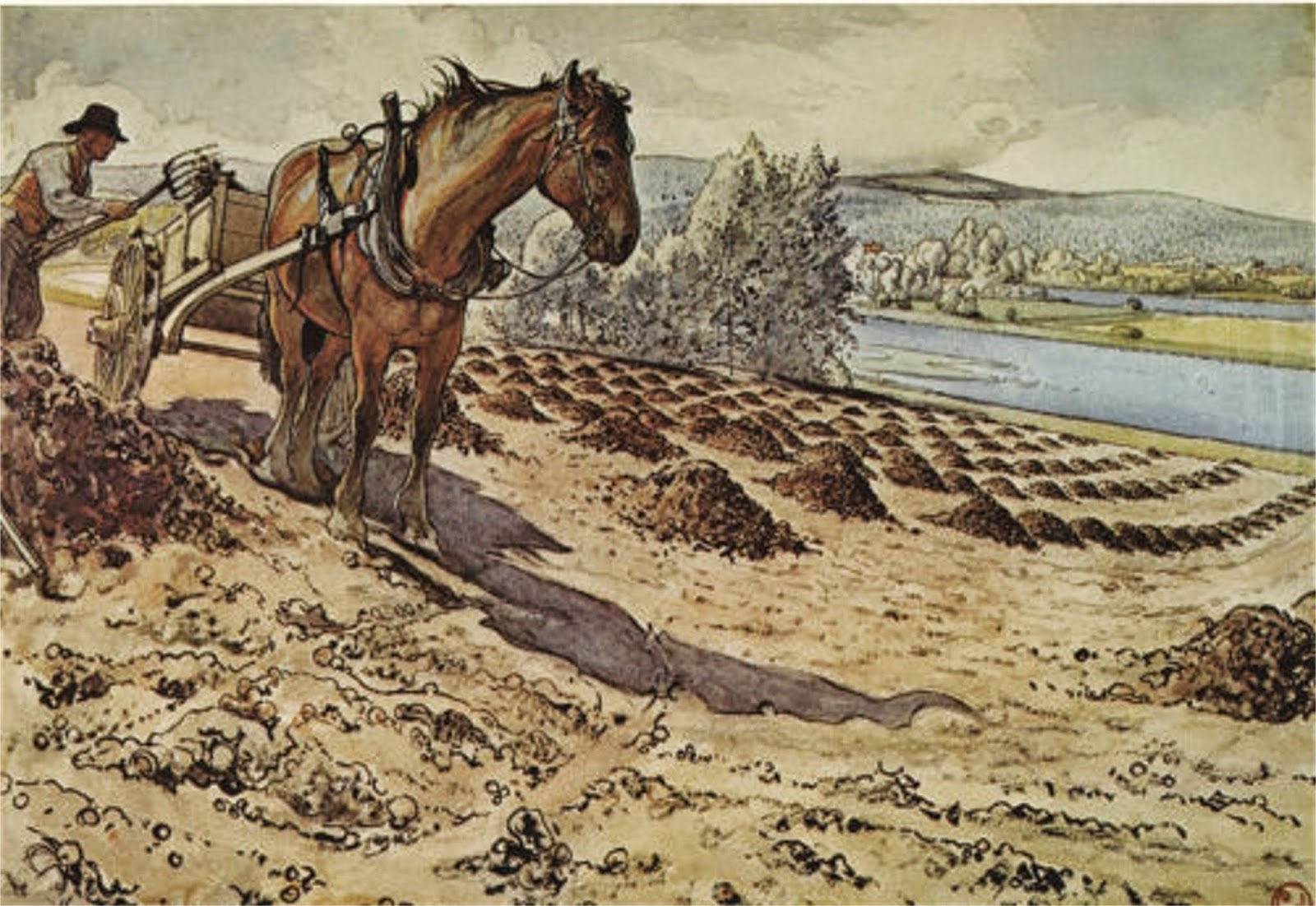 Around the globe the wind swirls
in soft gusts and monsoons carrying particles
of the quick and the dead
to our lungs, into our cells,
making us all, as long as we live—
and thereafter—part of each other.

We all breathe—no exceptions—recycled air:
nomad’s sweat swept on a desert wind, bull elks
panting in the clash of rut, the last squawk
of a chicken caught in owl talons, a sick
old man’s groan. And star jasmine wafting
on a summer night, pine branches broken under snow,
a packed-diapered baby’s howl of rage.

I smile at the new mother
who wraps her infant against the warm breeze,
double-boils his bottles of water,
wards off big family kisses,
as if the baby weren’t already
inhaling the second-hand breath of the world.

~ first published in Moondance
Posted by Ralph Murre at 8:44 AM

The Laying of Hands 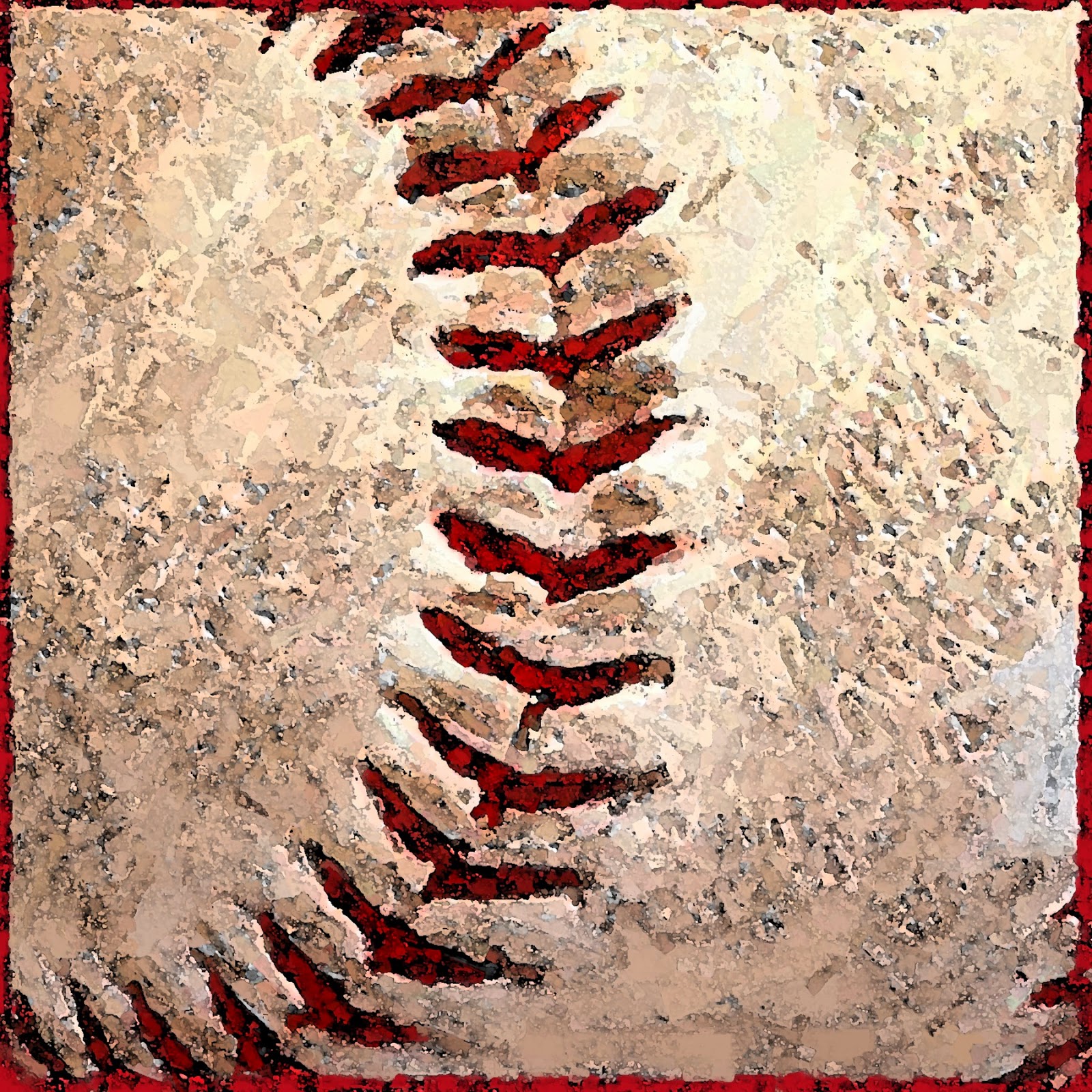 The Laying of Hands
by Stephen Anderson
After the cutting,
After the slide under the microscope,
The herringbone stitches to the open flesh come

In a dutiful, meticulous sewing
Of the cancer-vacated crater in my temple,
Hybrid birth-child now of Nature and surgeon’s handiwork

Setting as right as possible all that had gone
So terribly wrong in a matter of mere decades,
Now hand-stitched and shiny like a fine, leather shoe.

~ first published in The Foundling Review
Posted by Ralph Murre at 9:42 AM

Why I Can't Be Your Lover 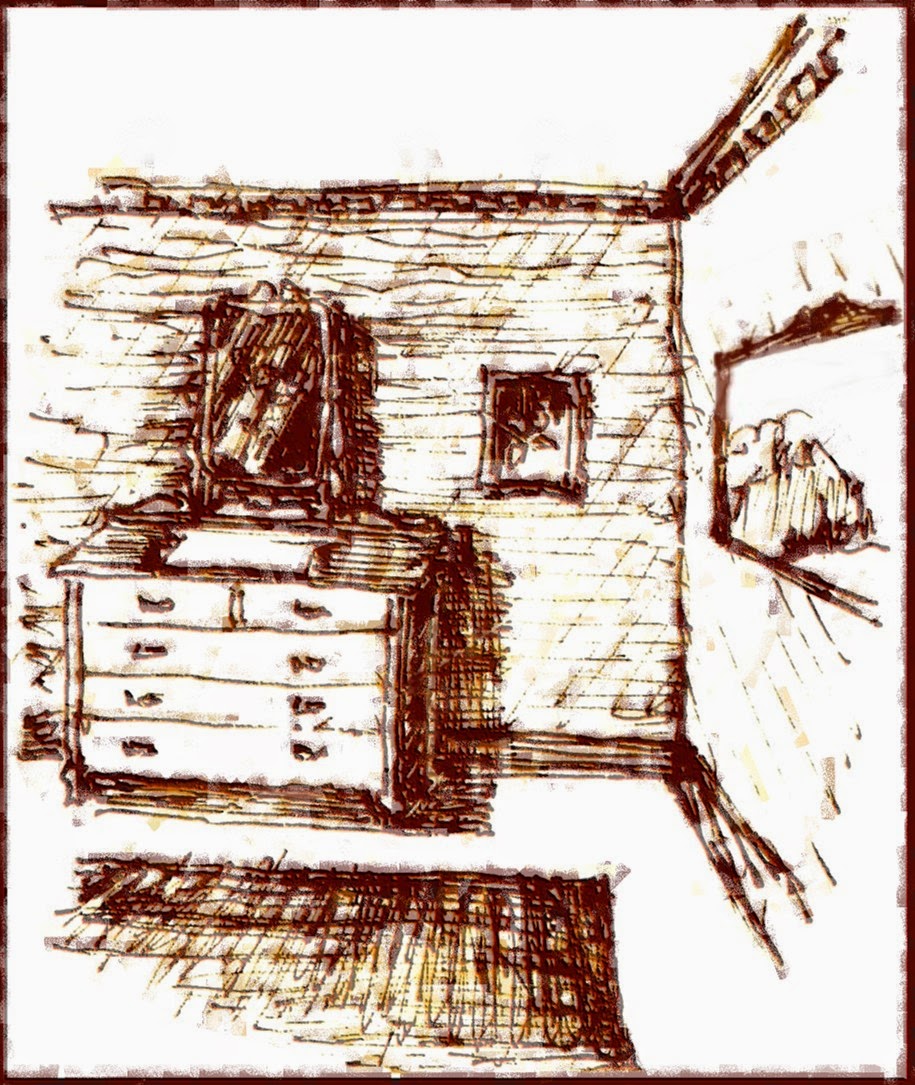 Why I Can’t Be Your Lover
by Susan Tepper

It was about the long stretch
of body—
and rumpled sheets

Bodies on sheets, mine shorter
on top of your long body—

the milk caressing the pitcher

and traffic and the outside
rushing past high draped windows

over-stuffed chair, a dresser,
a floor lamp bent at the odd angle

~ first published in The News
Posted by Ralph Murre at 9:35 PM